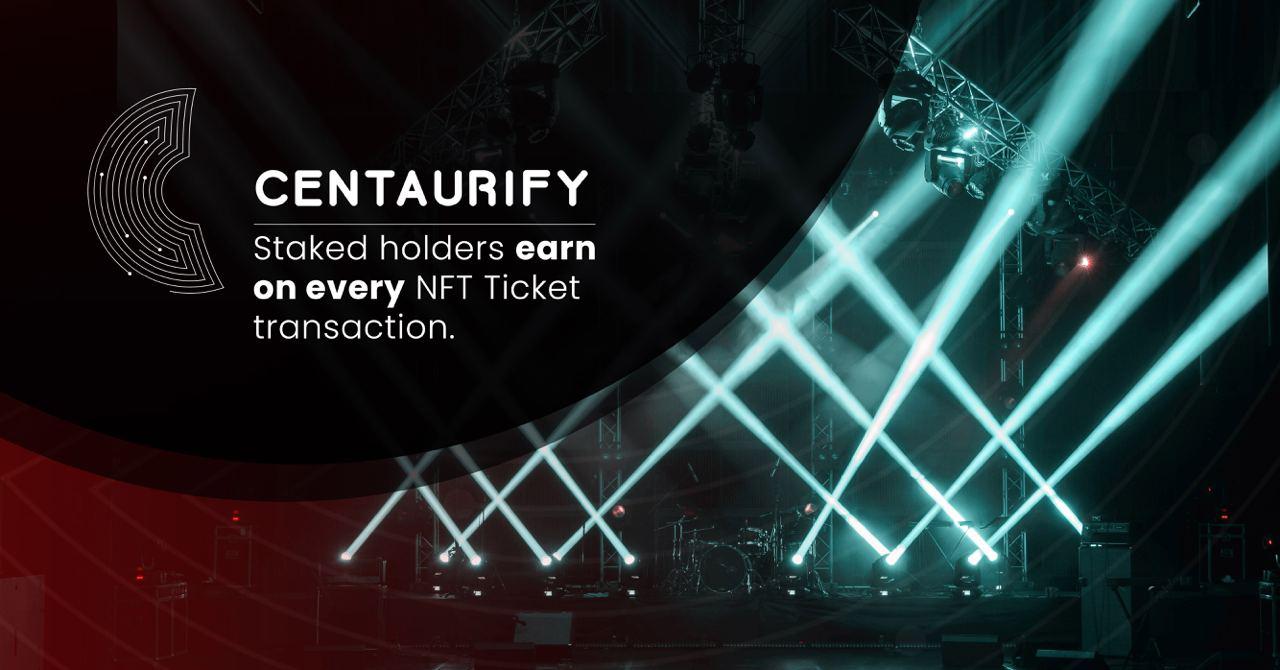 The pandemic has left many industries in ruins—including the music & performing industry. And it should not come as a surprise to anyone as many sectors were already in shambles and required restructuring in order to thrive once again.

The issue that was and still is plaguing the music & performing industry long before the pandemic arrived, was the same as in many other industries—an abundance of middlemen and predatory organizations that sought to maximize profits at the expense of the industry’s sustainability and prosperity.

Instead of restructuring and aiming for sustainability—ill practice continued which has resulted in the music and performing industry to essentially turn into ashes with the arrival of the pandemic.

But from these ashes, a Phoenix started to form, a Phoenix called—Centaurify.

To understand what Centaurify is—one needs to understand its origins and the exact conditions that were present prior to & at the moment of the birth of Centaurify.

David Rootwelt-Norberg, the CEO and Co-founder of Centaurify—worked in the fashion industry for 18 years, prior to starting Centaurify, and even ran a successful company that dressed famous artists the likes of Post Malone, Isac Elliot, Madcon, Kygo and Pink. That is how David met the famous artist Martin Bjercke commonly known by his stage name CLMD. The work partnership turned into friendship which resulted in David learning all the pain points of the music industry.

Some of these pain points—which Centaurify will address, are the fact that streaming services provide pennies on the dollar to artists that are the foundation of the music industry, and the fact that these streaming services use an algorithm that promotes music according to a very specific set of parameters. This hollow approach destroys the creativity of artists and forces them to essentially all be more or less the same—if they want to succeed and gain popularity on the aforementioned streaming services.

But when the pandemic hit, David learned—through Martin, how broken the music & performing industry truly is. The lesson David learned was simple—because of the lockdowns, Martin lost almost all his income as an artist and was forced to find another job in order to sustain himself. In other words, the lesson is—artists are entirely dependent on live events to make ends meet—otherwise they have to find a second job in order to live, and deliver amazing masterpieces we all enjoy.

To make matters worse, this was a common occurrence even before the pandemic—for artists that are not as famous or successful as Martin—who sold several songs to platinum. This state of affairs hurts everyone—the artists, the streaming services, labels, consumers and essentially every participant of the music & performing industry.

And this is where Centaurify comes in.

Rising from the ashes

The music & performing industry has a chance to be reborn—with Centaurify. The Centaurify team seeks to alleviate all the previously mentioned pain points as well as materialize new concepts that will supercharge artists’ efforts and grant them the financial stability and appreciation they deserve!

The solution is provided in the form of a platform that will facilitate various types of activities. The activities and functionalities that the platform will provide—range from the issuance of event tickets in a decentralized and super-efficient manner, sales of digital collectibles, special perks for fans, preprogrammed and automatically executed royalties distribution—to performing merchandise and clothing drops for fans.

All these mechanisms and activities will be mainly realized with the help of the so-called NFT technology, where the NFT acronym stands for—Non-Fungible Token.

The NFT technology will also solve a burning issue of the music & performing industry—scalping and immense potential revenue losses due to the scalping phenomenon. For those less acquainted—scalping is the action of buying a scarce object such as a graphic card, or a ticket, and selling it at a grossly inflated price. Centaurify will resolve this issue by utilizing smart contracts to program the tickets in such a way that the tickets cannot be sold below or above a certain price threshold. The tickets will be also programmed to provide royalties on each resale in the secondary market.

The Centaurify team also decided to provide users and artists the stability that is lacking in the crypto sphere—via a stablecoin that will be utilized within the platform itself.

David and Martin, in their own words, started the Centaurify project to make the world a better place—through technology and music. David, with his experience as a CEO in the fashion industry that is well connected to the music industry, and Martin with his first hand experience in the music industry—is definitely the type of expertise that a project like Centaurify requires.

Together with the rest of the Centaurify team—they will provide the thought leadership that is desperately needed within the music and performing industry. This thought leadership is already apparent through the steps the team has already taken—such as choosing the advanced & egalitarian Cardano blockchain to build their cutting edge platform and the decision to provide governance mechanisms to artists and their fans.

There is certainly much more to come from this music-based Norwegian startup, which has the vision to make things right by providing a system which will resolve all the issues that have plagued the music & performing industry.

Follow their social media and explore their website—to find out how you can participate in realizing the Centaurify vision.