Dogecoin surges 26% after a TikTok video

Heralded as the meme coin, Dogecoin has seen a drastic appreciation of 26% overnight as its price rose from $0.00229 to $0.0029, all in a matter of 24 hours. Dogecoin has climbed to the 33rd largest cryptocurrency as its market cap increased from $287 million to $357 million. 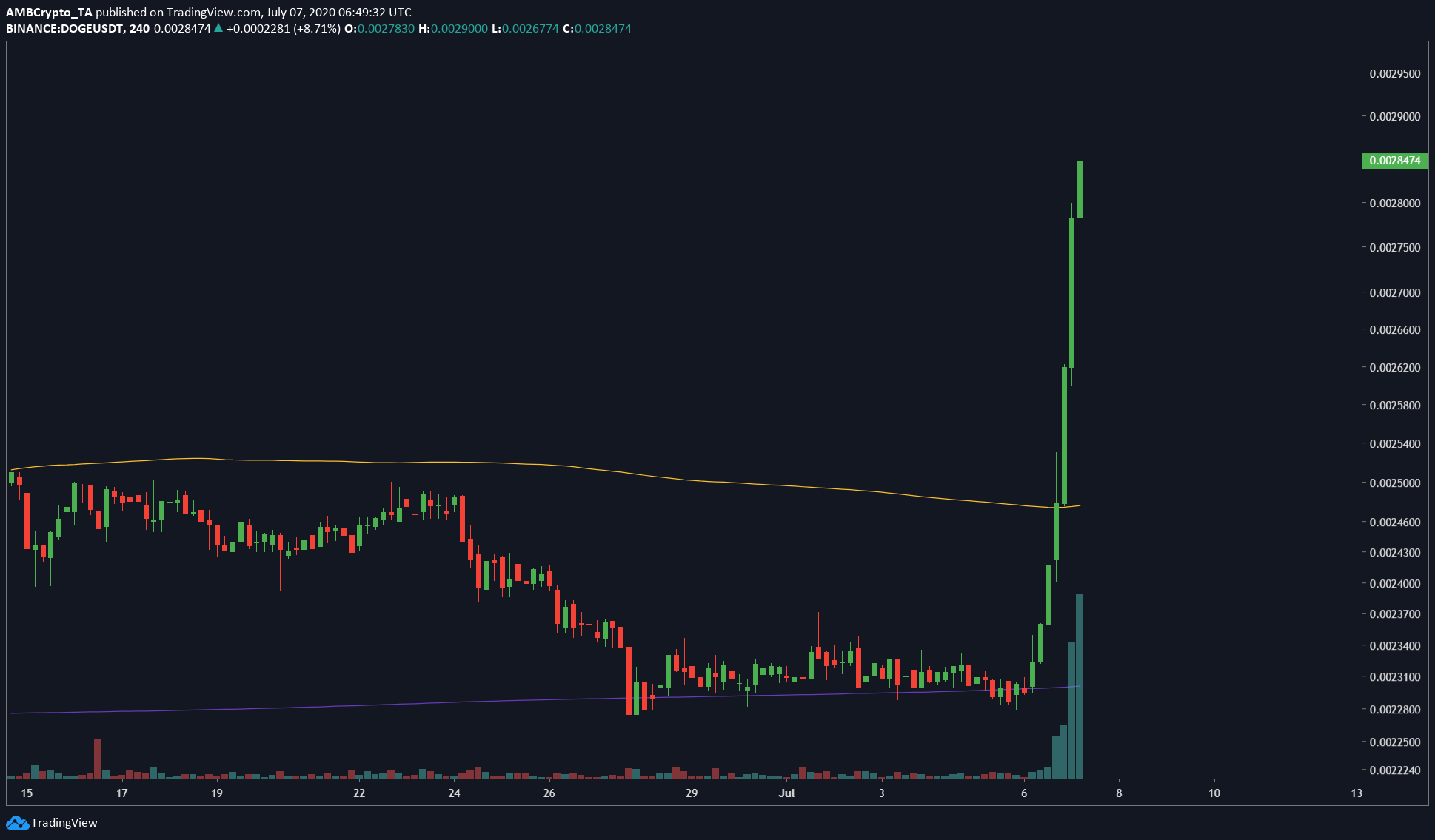 Dogecoin was on the verge of a breakout as mentioned in previous articles, however, a surge of such an extent was not expected. An 8% surge was due, however, this surge came as the result of a coordinated pump and dump on Tik Tok.

A Tik Tok user with the screen name “James Galante” posted a video 5 days ago captioned “Let’s all get rich”. The video explained everybody to invest $25 in Dogecoin as it is worthless [$0.0023] and wait till it hits $1, which would result in the investors having $10,640. At the time of writing, the video had 57,100 likes and almost 4,000 comments.

Although the coin was simply a meme, it has survived the worst – the bear market. Since 2017, a lot of tokens rose with the bull run of 2017, however, not a survived the post-bull run. However, Dogecoin seems to have not only survived but is also thriving and under the top 40 cryptocurrencies.

This recent “pump and dump” seems to be bringing Dogecoin back on the radar. Additionally, this comes at a time when the bear market is extended and the bull run is right around the corner.