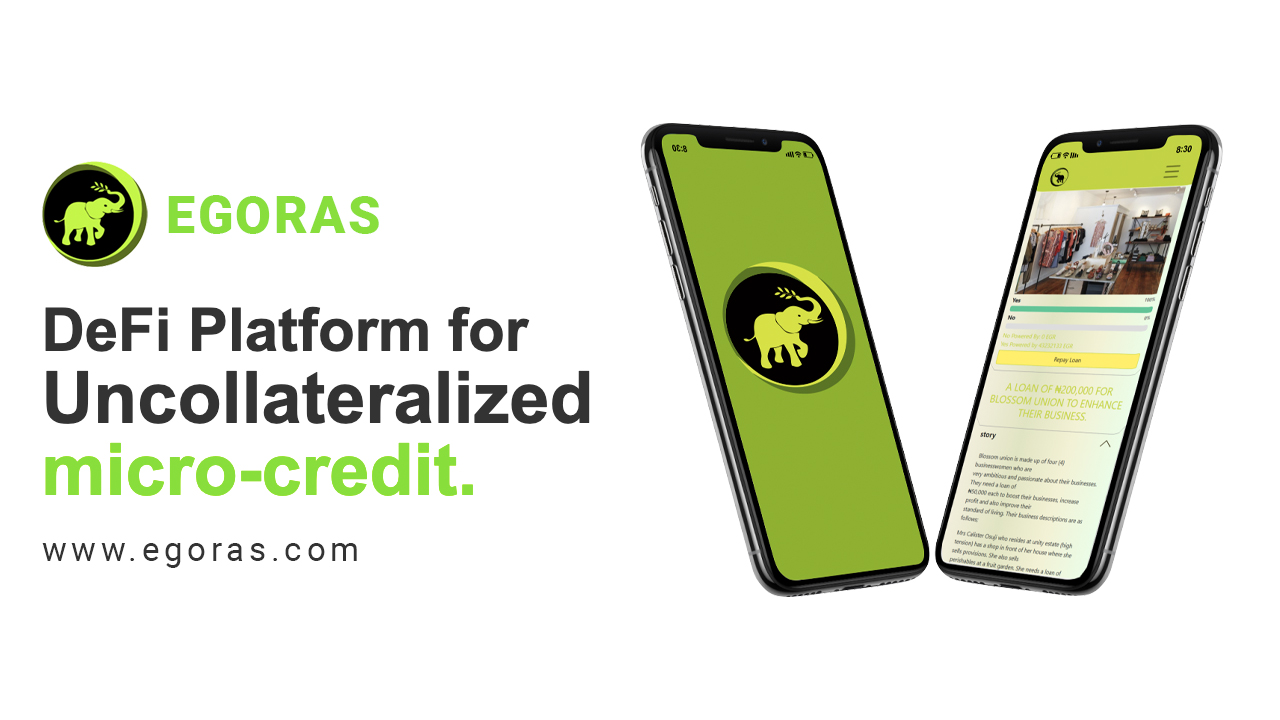 Decentralized Finance(Defi) has emerged as one of the biggest success stories of the crypto world over the past couple of years as it offers some of the finest automated banking and finance solutions in a decentralized manner. Right from making way for lucrative passive income opportunities to uncollateralized lending and micro-credit for those who cannot access the traditional banking system.

Egoras is one such defi solution making all the right noises in the defi space. After raising $1.3 million in a private funding round the defi lending platform is already turning into a lifesaver for numerous small entrepreneurs and enterprises.

Egoras intends to solve the issue of high-interest rates on microcredit. It hopes to achieve this by eliminating intermediaries like banks and lenders. Egoras issues loans directedly to the borrowers through a decentralized governance process.

Some of the key features of the Egoras platform include,

Borrow with Zero collateral: No collateral is required for credit on Egoras protocol.

Lend Funds without risking your capital: There is no loss of capital when you participate in approving credits on Egoras protocol. Your capital is released immediately after the credit is approved on the protocol.

How Egoras Removes the Barrier of Financing For Small Enterprises?

Most of the medium and small enterprises often lack the necessary collateral required by banking systems to sanction loans and financing. This is where Egoras come to their rescue with its defi solution as one doesn’t need collateral to withdraw a loan using the platform. Built on top of the Ethereum network, Egoras works on two token systems, one stablecoin pegged against USD called Egoras (EGS) and another utility token Egoras Right (EGR).

EGS is a decentralized cryptocurrency stabilized against the value of the US dollar, it uses egoras loan governance to respond to changing market conditions and preserve its value against the US dollar. Unlike other popular stablecoins whose value is backed directly by USD, it’s backed by crypto collaterals.

EGR is the fluctuating token of egoras protocol and it plays a role in stabilizing EGS and the governance of the loan protocol. EGR is required for paying the interest and this means that as the adoption and demand for the Egoras Credit system increases, there will be additional demand for EGR.

After successfully launching its product in September 2020, effectively allowing small businesses in Africa to get microcredits on the Egoras microfinance protocol, Egoras is set for its token generation event coming in April 2021.

Egoras is currently operating on the Ethereum blockchain, and any organization can issue low microcredit from Egoras’ smart contract. However, Egoras will migrate to the Binance Smart Chain at the TGE. Egoras granted loans has increased geometrically from 15% to almost 40% since inception. The loan repayments have been fantastic due to the 2% interest rate. It’s indeed very flexible