The volatility inherent to the cryptocurrency market hasn’t done those who expect crypto-assets to shoot up in value any favor. In fact, such is the volatility that the total market capitalization fell from $306.85 billion on 15 February to $149.98 billion on 18 March, a fall of 51.12%, according to data collated by CoinMarketCap. Even the 24-hour volume fell from $164.85 to $113.11, a retracement of 31.38%. 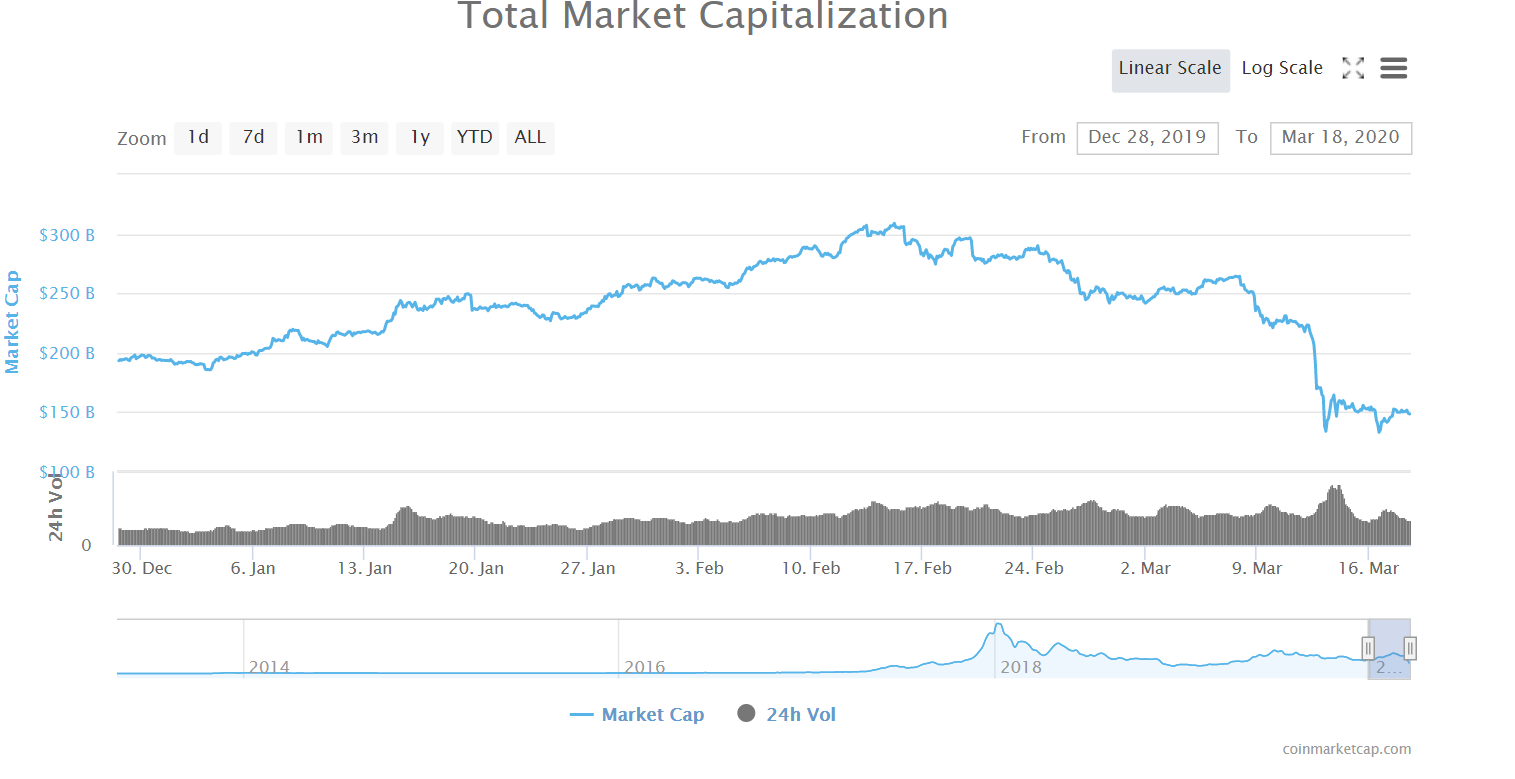 Bitcoin was at the heart of this episode after it suffered one of its largest one-day price falls ever on 12 March, with the rest of the crypto-market following it by dipping by almost 30% over the week. Major cryptocurrencies, in terms of Market Cap, like Bitcoin [BTC], Ethereum [ETH], and XRP suffered losses of 34%, 39%, and 26%, respectively. However, other alts like Bitcoin Cash [BCH], Binance Coin [BNB], Tezos [XTZ], and Cardano [ADA] were at the deep end of the market, noting losses like 35%, 40%, 41%, and 38%, respectively. 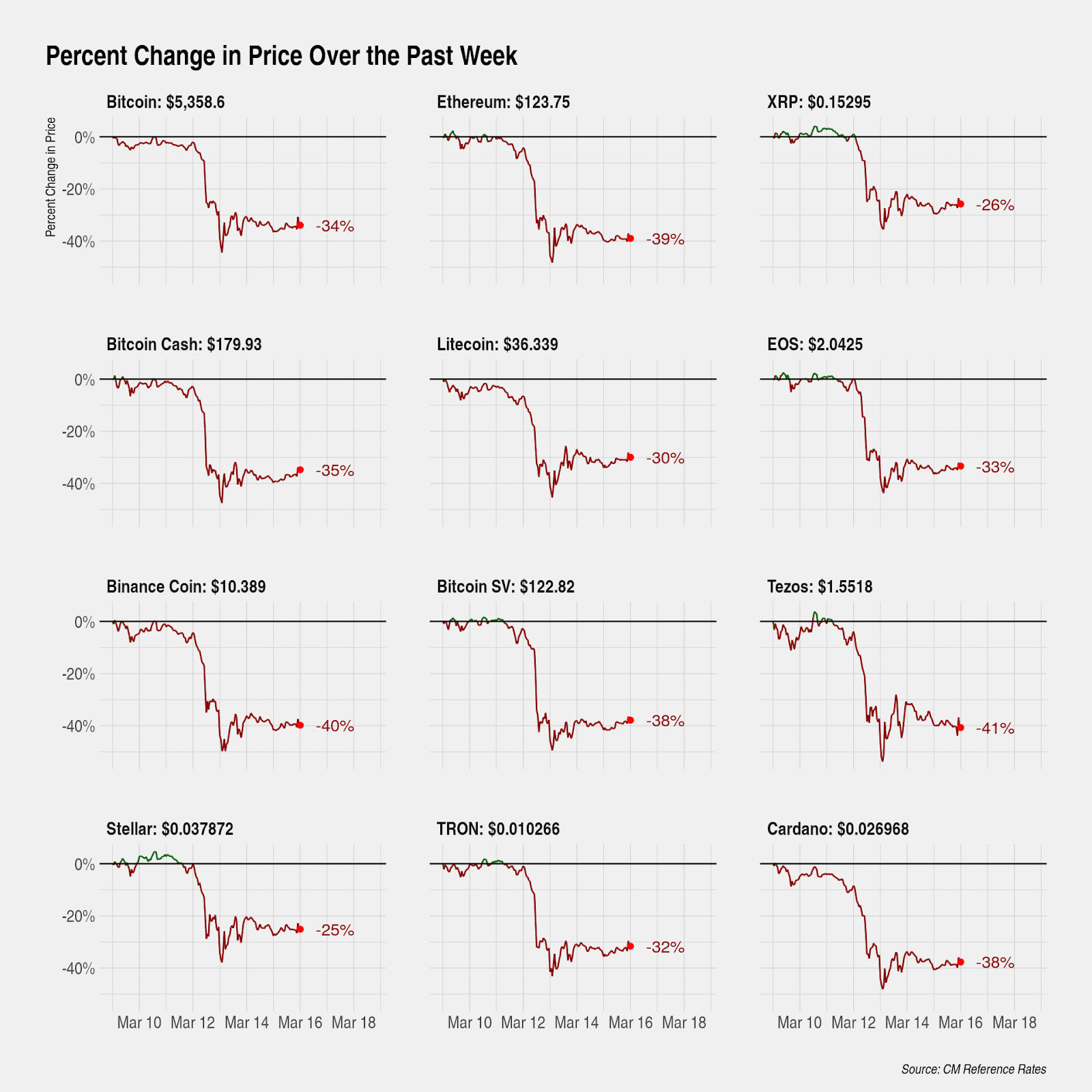 Due to the drastic change in the market over the past week, all of the Bletchley indexes were negative. According to a recent report by CoinMetrics, all indexes lost over a third of their value. The Coin Metrics’ Bletchley Index for Bitcoin, CMBI Bitcoin Index, fell by 36%, while the CMBI Ethereum Index dipped to 42% and was returning -9.8% against BTC.

However, it should be noted that the CMBI Bitcoin Index turned negative last week itself, as it was down by 2.3%. Also, the Ethereum Index, even though negative, suffered the least after it recorded a 0.7% fall, with the coin returning 1.6% against Bitcoin.

Such was the case across the board as the global financial market continued to feel the tremors from the ongoing pandemic, which is why the crypto-market became more intertwined with the traditional market and observed similar falls.

Small-cap assets, while the best performers until last week, also noted a steep drop of 36.2%. The Bletchley 20 index also suffered critically, recording a drop of 37.5%.