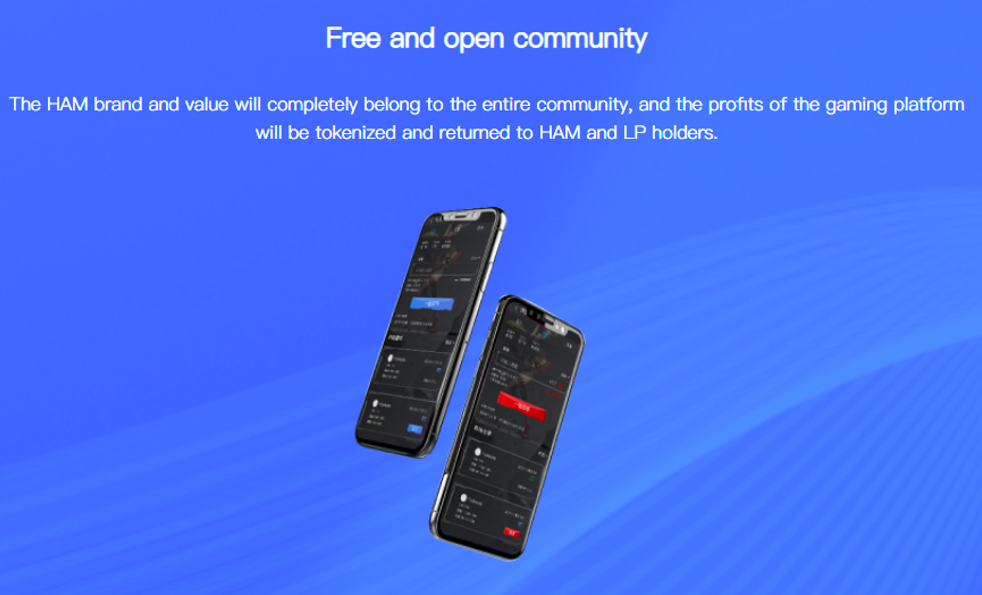 In this public testing, HAM Game World will launch functions of NFT, MarketPlace and GameFi project Library, and open for download on both the App and PC side. For developers, HAM integrates the world’s leading Web3.0 providers and development tools into a comprehensive ecosystem where any traditional game developers can build their own blockchain, empowering all GameFi projects with complete Web3.0 marketing and development tools to bring billion-user level of Web3.0 applications.

Canadian blockchain incubator INS LABS, one of the first venture capital firms to get involved in the crypto economy, has led investments in a number of big projects, including a number of billion dollar projects from INS LABS’ operations. Recently, HAM Game World, a Web3.0 gaming platform led by INS LABS, has caused a stir in mainstream investment circles and the crypto world upon its launch, with blockchain players anticipating which heights HAM will reach.

According to the current vision of HAM, innovative segments such as DAO, DEFI and NFT market in Web3 are integrated into the virtual space, which players can experience and understand more intuitively. And players can even submit their own needs and create NFT elements such as equipment, characters and scenarios, participating in the development of the blockchain game ecology. HAM provides a system with interoperability, high performance, security, high throughput and customisability, offering an end-to-end blockchain solution for all participants.

Unlike traditional blockchain gaming platforms, HAM relies on strategy and operations to aggregate almost all mainstream public chains and all types of games, including RPG, ARPG, SIM, EDU, SRPG and other categories, without having to indulge in the explosion of a single game and build a multicultural developer community. HAM relies on strong user traffic, mainstream communities and integrated operational tools to empower all projects in the entire platform blockchain projects, leading all projects on the platform to obtain Web 3.0 industry dividends.

In terms of Token Economy Model (Tokenomic), HAM launched the platform token HAM. As a medium to link the game world and the real world, HAM is not reserved, instead all return to the market. The founding team does not have any token, the way to obtain can only be through mining and market purchase, its ecological applications include as the platform’s transaction fees, NFT casting fees, super node campaign, voting token. Meanwhile, the diverse ecology of the platform consumes HAM in parallel, creating a virtuous cycle of HAM Token, causing extreme deflation and avoiding a death spiral. HAM will become the platform token of all users.

Returning data and ownership to players. HAM launches DAO governance mechanism, a decentralized service decision platform composed of players and developers, and collaborates with a large number of players through distributed, allowing players and developers to dominate the future of the platform, which also means that in HAM, developers are free to develop and freely customize their own blockchain projects. Players can connect with favored projects themselves to optimize community assets and improve platform services, and jointly promote HAM ecology. The HAM platform brand and value belongs entirely to the community and the profits generated by HAM will be returned to Token holders and LP holders.

Along with the launch of HAM, the early old users started to build a global community. And within a week, they have successively developed the markets covering 30 countries such as the UK, France, Russia, Singapore and Japan, radiating 200,000 users worldwide, and formed themselves into HAM evangelists to build local communities, serve local players, form a firm community with players as the core, and continuously attract outstanding talents and develop quality projects to the site, accelerating HAM’s global expansion.

At present, HAM has already approached mainstream blockchain game projects and GameFi communities, and reached deep cooperation with many venture capital companies to promote the rapid development of HAM.

HAM is committed to becoming the best portal to connect Web2.0 and Web3.0 games, embedding new social elements, allowing players to develop freely and submit requests to the community, creating a new generation of Metaverse worlds belonging to players. In the future, HAM will launch platform NFT products, HAM wallet, HAM Swap and HAM token ecology, open up the multi-chain ecology, aggregate BSC, ETH and other current mainstream public chains ecology, and also deploy XDAG which is the next generation public chain based on Directed Acyclic Graphic technology, build a global free and open developer community and game community, continue to build Web3 underlying infrastructure, aggregate high-quality NFT and GameFi projects, and build a Metaverse game platform that accommodates millions of users, leading the next generation of Metaverse world.