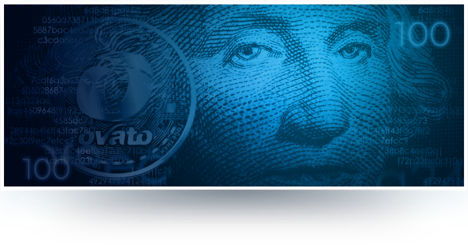 The currency world has shifted from barter systems to the new digital asset system or cryptocurrencies which are decentralized global currency systems standing on the pillar of blockchain technology. Blockchain technology creates an unaltered record of transactions and assets (publicly as well as privately based on business requirement) which enables the concept and dream of a decentralized financial system that is backed by consensus and lacks national or centralized agendas.

Bitcoin is the flagbearer of this new technology which has solved trust issues related to decentralization but it has not met success with regards to mass adoption. Ovato steps in to fill this gap with its digital asset coin where it endeavors to build an ecosystem by creating a suite of partnerships that aims at covering all forms of digital commerce that are prevalent in the centralized financial systems.

The Ovato coin is a completely decentralized, open-source global payment network backed by mathematics which creates a secure network where individuals feel empowered to take charge of their own finances. Ovato coin has been released under the MIT/X11 license that enables developers to run, modify, or copy the software. You could then distribute copies of the modified software as per your wish. The release of the software happens in a transparent process allowing independent verification of binaries and associated source code.

The Steeping Price of Ovato Coin

The OVO token is listed on the WhiteBIT exchange and its price has risen from 2.25 USD to a whopping 8.95 USD in no time. The Ovato token aims to fix the rewards ecosystem and empowers the influencers through their social influencing activities and the bullish token’s price is predicted to increase manifolds in the coming years.

Learn more about Ovato and to follow all the latest updates :

Previous ArticlePERI Finance Closes a Successful Second Round Fundraising Right Before its Upcoming IEO on Gate.io
Next ArticleNafter will be Direct Listing on PancakeSwap on Friday, May 14th!