The game’s private token sale has just completed with sellout results, and the team is about to launch its Initial DEX Offering.

The latest creation by Satoshi’s Games, Monstropoly is a MOBA Play2Earn (P2E) game set in an immersive realm filled with impressive monsters and radical weaponry.

Monstropoly’s addictive gameplay is fueled by its significant social focus and features a VR web-client for exhibiting monsters, interacting with your squad and other players and engaging in an ever-growing range of community activities.

The game’s atmospheric monster lore blends the greatest aspects of the NFT and metaverse worlds, delivering players a uniquely endearing fantasy world that simply must be explored. The universe is still in its early stages of development yet already brimming with magical aspects!

The goal for Monstropoly players is simple: continually improve their game outcomes to earn additional prizes. Players achieve this by mastering gameplay to improve weaponry and gather items as they progress. Inventory items can also be traded for game tokens and used to engage in project leadership, vote on project trajectories, and experience high-level DeFi utilities as the project grows.

Monstropoly’s unique metaverse web-client empowers players to connect on a deeper level, develop their own tools for others to use, create mini-games that incorporate user NFTs, and support additional universal activities that cultivate a truly engaged community.

Encounter and battle the monsters of players worldwide, spectate or play in competitive multiplayer tournaments, and enjoy interactive gameplay using your uniquely modified weaponry in the metaverse-enabled arena of Monstropoly’s unified P2E environment.

With PvE and PvP (solo and team deathmatch) modes, Monstropoly delivers thrilling playability as both a mobile and PC shooter. Players will be rewarded for frequent play with daily missions to complete, achievements to unlock and leaderboards to top – all of which earn players fantastic rewards.

Monstropoly’s Game-Fi NFT platform is powered by the comprehensive Elixir engine, which empowers users to engage in staking and yield farming, plus delivers a vibrant marketplace for trading of in-game items as well as wider NFT and crypto holdings.

$MPOLY will be used by players to purchase NFTs and $MPGLD game tokens, plus engage in decision-making procedures as the Monstropoly team welcomes its valued community to help shape the project.

$MPGLD will be used by players to buy in-game products and earn gaming awards.

The fantastic monsters of Monstropoly are assembled by players using components including body, eyes, mouth, ears, headgear, hands and accessories. The result is a vast population of distinctly designed, adorable low-poly Monstropoly monsters ready to win wars and break hearts.

The stats of an NFT are limited by its Rarity, and players who wish to truly rule the Monstropoly world can boost their NFT Rarity to achieve the most potent warrior possible.

Each character’s fighting power and survival ability are determined by four Stats:

Minting a Monstropoly NFT will produce a unique character with a unique skillset and random stats at the bottom of their respective Rarity level.

Through solid play and the intelligent use of $MPGLD resources earned in-game, players have the power to level up the Stats and Rarity of their warriors.

While proficient starting talents of low Rarity warriors combined wisely with appropriate weapons may beat those of higher Rarities, there is a clear association between Rarity and Stats on average – so only the most dedicated, intelligent players will rise to the very top of Monstropoly! 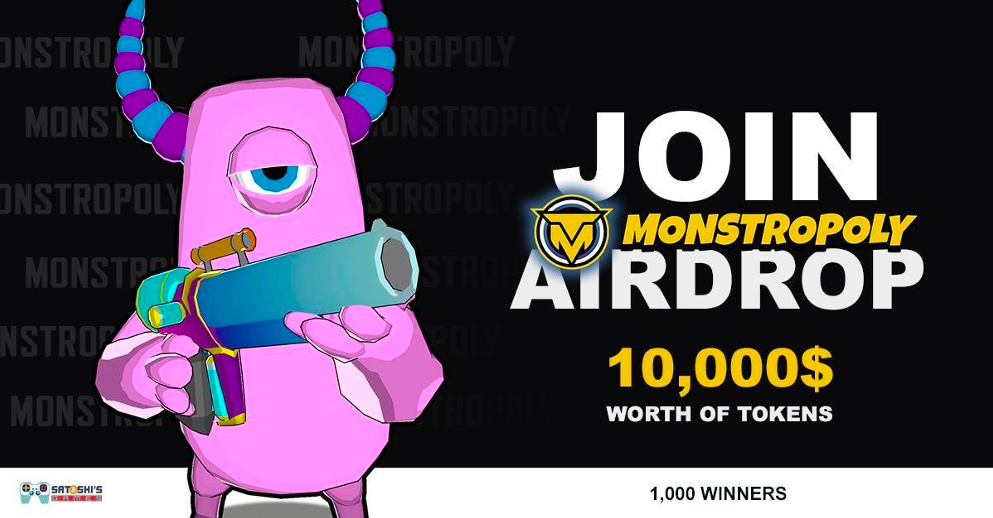 To celebrate the success of Monstropoly’s highly anticipated launch, the team is giving away $10,000 worth of its $MPOLY token to new community members who join the Monstropoly Telegram group.

The token giveaway will end on 31st December 2021 and is reserved for 1,000 random users who secure their spot on the Telegram! 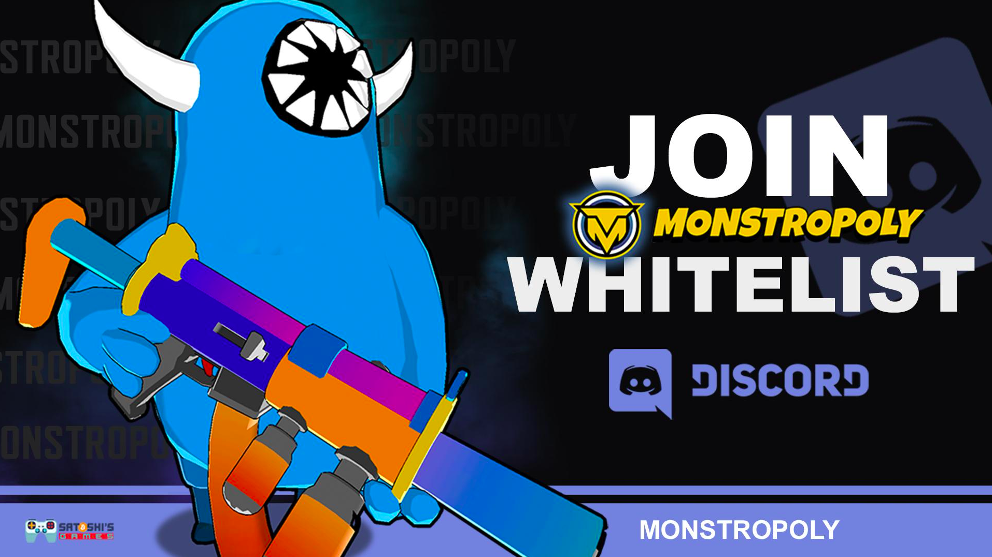 Join the Monstropoly Whitelist to receive advantages! To join the whitelist you must:

Carlos Roldan, Satoshi’s Games CEO: “We are truly excited to welcome players to Monstropoly, which marks the start of an incredible new cross-chain approach with open-ended potential. Monstropoly offers the gaming community a uniquely rewarding combination of the best of both the gaming and crypto realms. How will you achieve glory with your Monstropoly monster?”

Visit and join the following Monstropoly channels to be first to hear about every project update, member exclusive, competition and more:

For all media and partnership inquiries, please contact us at [email protected]